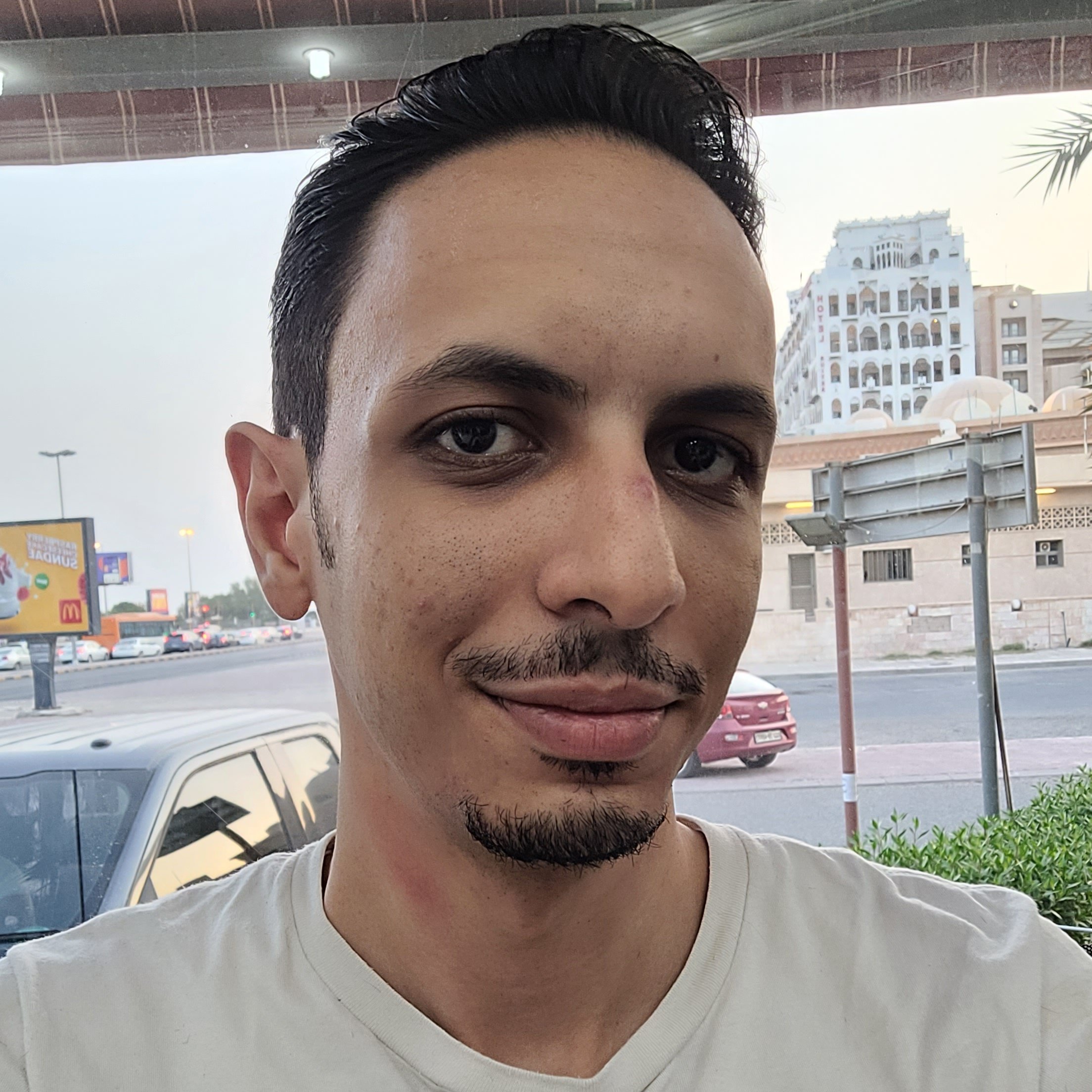 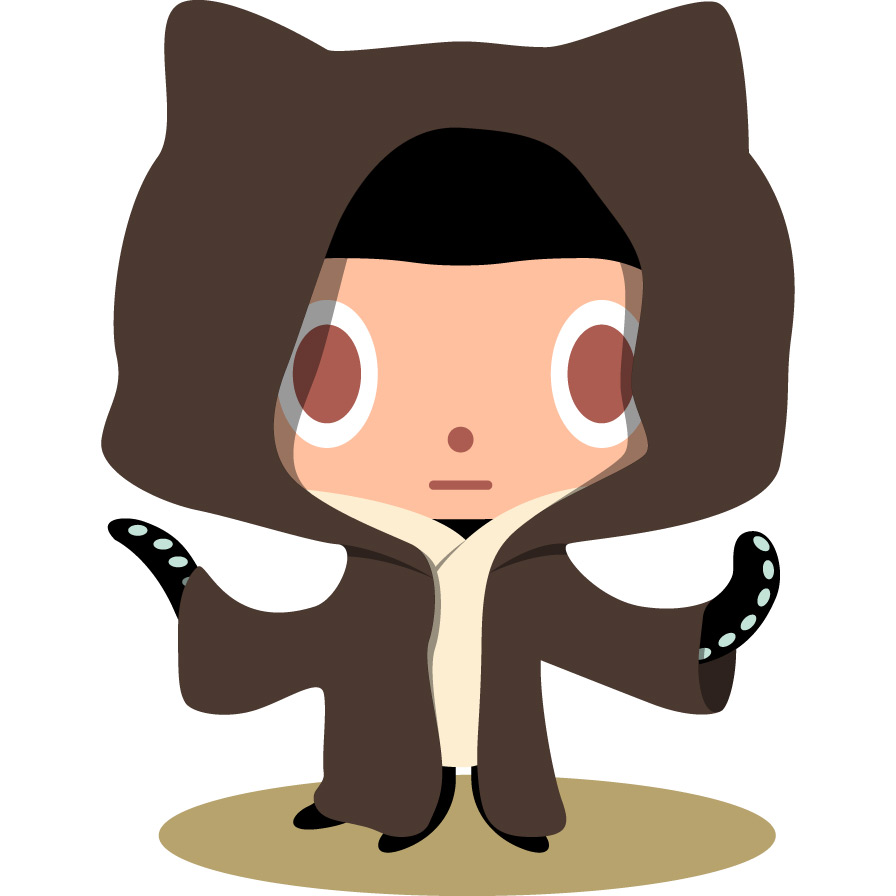 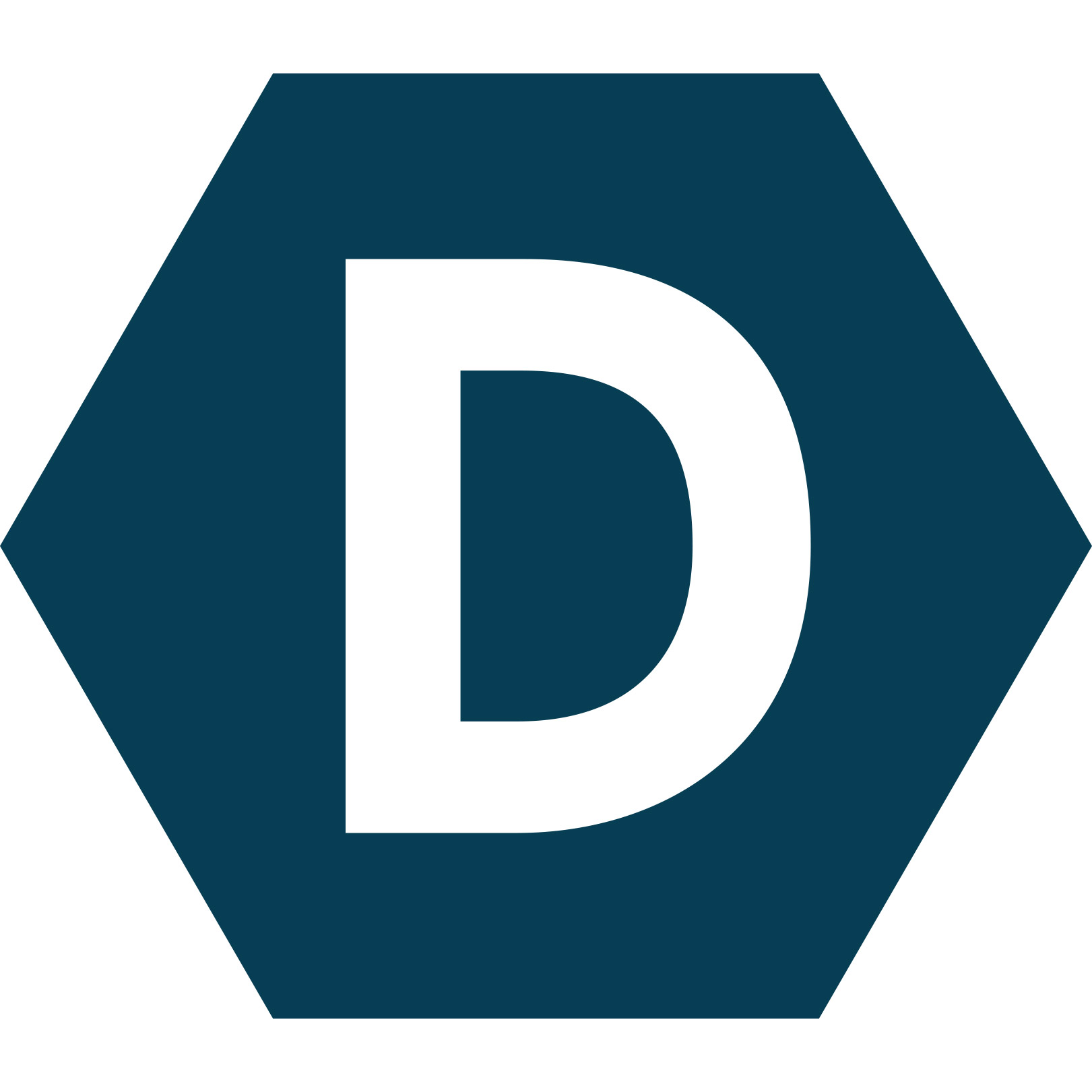 What else do I do?

I am a Major League Hacker!
I have attended and competed in over 20 Hackathons since my years as an undergraduate student. I have won multiple awards, including the grand prize at KSU's Fashion/Tech Hackathon, placed in the top 10 and winning Best Real World Application at OH/IO 2015, placing in the top 10 at MHacks IV, Top 5 and winning Best Leap Hack at KHE 2014 and best game award in 2020, winning Best Mobile Hack at HackCWRU 2015, and winning NASA SpaceApps in 2016, amongst many other accolades. I was also personally invited to participate in the first annual Hack The Planet in Mountain View, California.

President of Kent FGC!
I got into competitive fighting games and started a local fighting game club at Kent State University called Kent Fighting Game Community during Spring of 2019. The intent was to foster a community of like-minded people who are interested in playing fighting games competitively and casually, and make everyone feel welcome and comfortable no matter their background. We thankfully succeeded and continued to host events and tournaments since then, and have fostered some of the best players in the region in multiple fighting games, like Dragon Ball FighterZ, Guilty Gear Strive, and Tekken 7, amongst many more. We hope to continue supporting the local scene and bring these events to many more people in the future! 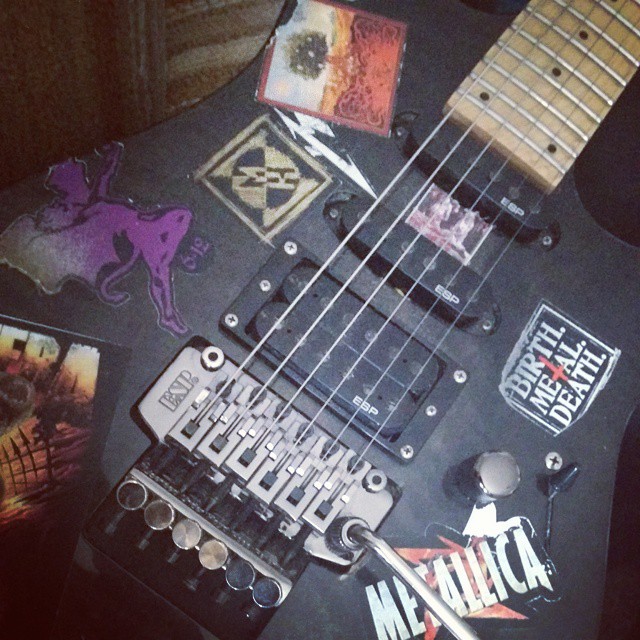 I'm a Rockstar!
I started playing guitar during August of 2009, and since then I have been in multiple bands, performed countless times as a lead guitarist in bands in addition to playing solo shows with me improvising over my own created backing tracks and covering songs I like. I love performing and playing music and somehow I want to incorporate it into what I do for a living. Or at least keep on playing as long as I can.


I was a part of the Advanced Telerobotics Lab team for World Robot Summit for the 2018 and 2021 competitions. This is the lab where I work for my PhD with Dr. Jong-Hoon Kim. My role was the Virtual Reality telepresence between the operator and the remote robot(s), building an interface to allow for immersive dynamic control. The goal is to allow the operator the freedom to do what they need to during the mission, while making sure they are getting the appropriate amount of information in a timely fashion from the robot and other operators. Here you can see some demonstrations and the roles performed by my colleagues as well.


This short documentary was done by the talented Zaria Johnson as a project for her studies. She was able to masterfully highlight the beginnings of the Kent Fighting Game community through various clips and interviews that were very well edited together. The Kent Fighting Game community was a club that I founded with others at KSU in Spring of 2019, along with my co-president Lonché Thrash, who was instrumental in the success of the organization as well. We started Kent FGC as a way to bring people together to play fighting games in an environment that allowed both competitive and casual players to thrive and be comfortable amongst their peers. We wanted to foster a community that helped each other grow and always stood for what was best for our fellow players.


During the third year of my undergraduate studies, I took an Intro to Video Game Programming class that focused on Microsoft XNA and Unity3D. The final project was a Unity3D project, and due to some creative differences with my group, I ended up having to do a whole project alone in a week to get this in on time, and I couldn't have been more proud of what I have accomplished for that short amount of time and for this being my first ever game. It has two stages, a topdown/ first person shooter level and a 2-d side-scroller level. The game features AI that patrol and attack you when you're close, pickups that let you upgrade your weapon, health pickups, checkpoints, music, particle effects, and much more. Check out the video!


During BitCamp 2015, Matthew Allen and I really wanted to make something in the Unreal Engine, as we wanted to grow our portfolio of games made using it as well as our skills using the actual engine. So, we decided to have fun with it and make a Star Wars VR Pod Racing game. We even streamed our development live on twitch.tv and ended up on a VR news website with an article written about our little game, which made us feel awesome! I programmed the game using Unreal Engine's visual scripting tool called blueprints, as it allowed for us to be able to prototype the game quicker and iterate faster for the short amount of time we had during the hackathon. We had a lot of fun making it, and we had features that included laps, best lap time, best total time, checkpoints, speed boosts, and hover mechanics. Check out the video, I hope you like it, and may the Force be with you!

LeapVR DJ! Be a Virtual DJ!


MHacks IV was a big hackathon for me. This was the first time that I used the Oculus Rift, and I actually met the CEO of Oculus at that hackathon. It was during the rise of popularity for the oculus, during the time of the DK2. The Oculus still was not that popular with the hackathon scene but it was starting to grow so we decided to hop on early and see what it's all about. It was amazing, and I loved developing with the oculus rift. I created the game using Unity3D and the game put you in the shoes of a DJ at a busy club featuring smoke machines, strobe lights, balls that shoot fire particles when you look at it, a minigame where you do certain gestures using the leap motion to get a score, and of course, the DJ part, which at this point was a button that altered the music and made it seem like you were a DJ applying effects to music. It was completely virtual as the use of the Leap motion controller meant you used your actual hands and saw them in the game, making it more immersive.


This is a different kind of game. It's more of a "simulator". It was made with Unity3D, and the idea was to give women a model to look at and see how the clothes would look on them. For the purpose of the demo, we used a bodyscan of our team mate who was the person who came up with the idea, and we used models made of clothes that she designed fitted onto the model when the buttons are pressed. It's pretty simple, but the purpose was to have a proof of concept demo to present.


This was the first game that I made using the Leap Motion controller. This was the first time I delved into the realm of virtual reality. Using hand gestures as input instead of a controller or a keyboard and mouse is the coolest thing I've experienced in a while and only because it actually worked really well. The leap motion uses IR sensors that accurately capture each finger individually and each hand seperately and each gesture you do is easily recognized and turned into code using their brilliant API. So using this cool tech, I decided to make a fun western style shooter game with classic moving targets. Check out the video! 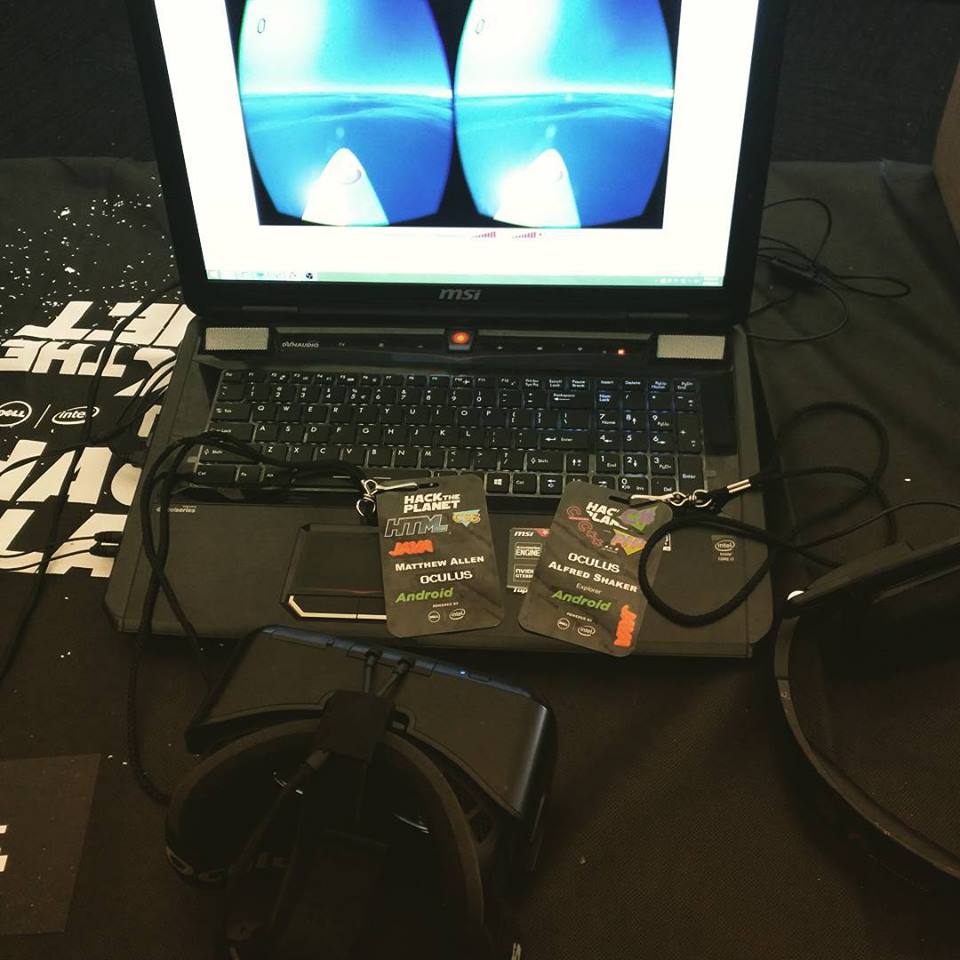 In the spirit of being in California for the first time and being personally invited to attend and take part in the first annual Hack the Planet, Matt Allen and I decided to make a Virtual Reality Surfing Experience, which came out of the thought that this is a sport that barely has any games on the market, and we could start something fresh. We used the Unreal Engine and made a game where you are a surfer on a surf board in the water going in the direction you look and collecting things out in the ocean that increase your score. It's a fun and immersive experience due to the brilliant buoyancy effect of the water and the amazing visuals and lighting effects of the Unreal Engine. Unfortunately I do not have a video of it, but here is a photo with a nice scene from the game!